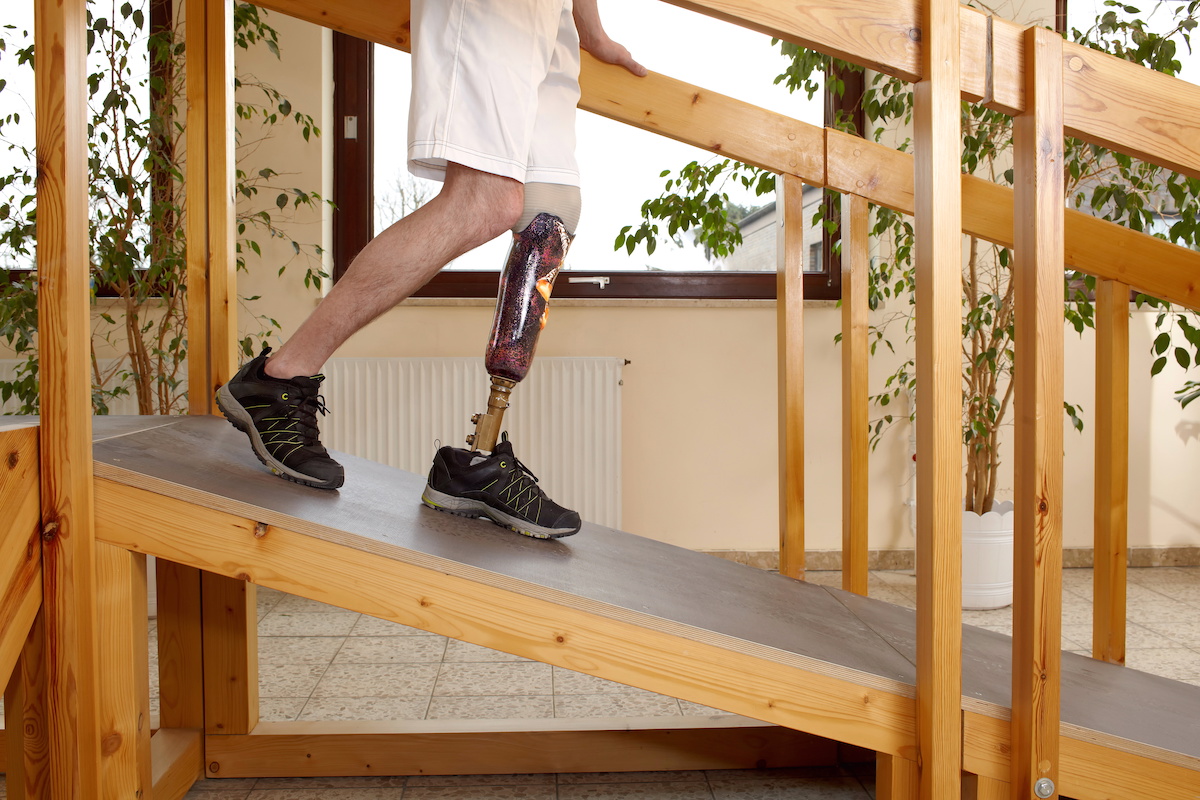 In this blog, I’ll talk about one of the ways in which you can obtain a catastrophic impairment designation, where as a direct result of your motor vehicle accident the impairment you sustained results in amputation of your leg or arm, or the total and permanent loss of your arm, or a severe and permanent alteration of prior structure and function involving one or both your legs.

The June 1, 2016 amendments to the Ontario Regulation 34/10: Statutory Accident Benefits Schedule (SABS 34/10), issued under the Insurance Act, R.S.O. 1990, c. I.8, introduced a stricter definition of catastrophic impairment. Section 3.1 was added to the SABS 34/10, which provides a tightening of the criteria for determination of catastrophic impairment.

One of the changes was the introduction into the SABS 34/10 of the Spinal Cord Independence Measure, Version III (SCIM III), for the determination of the functional ability to walk following a spinal cord injury, as it relates to a severe and permanent alteration of prior structure and function involving one or both legs. I will also discuss a severe impairment of ambulatory mobility as a result of a trans-tibial or higher amputation of a leg, as well as a severe impairment as a result of an amputation of an arm or another impairment that causes the total and permanent loss of the use of an arm.

The stricter definition of catastrophic impairment as it relates to amputation and permanent loss of function can be found subsection 3.1(1)2 of the SABS 34/10, as amended by Ontario Regulation 251/15, which reads as follows:

As was alluded to earlier, the aforementioned problems with res ipsa loquitur were finally laid to rest in the 1998 Supreme Court of Canada case entitled Fontaine v. Insurance Corporation of British Columbia [1998] 1 S.C.R. 424. This was a case where a widow claimed damages for the untimely death of her late husband, who died as a passenger in a motor vehicle accident during a hunting trip. The driver died in the accident too, plus there were no witnesses, the scintilla of direct or positive evidence had negligible persuasive value, and the circumstantial evidence was weak because the circumstances of the accident, such as the date, time and precise location, were all unknown. Once this case reached the Supreme Court of Canada, one of the primary issues that was addressed at the highest court in the country, was “When does res ipsa loquitur apply?”.

The Supreme Court of Canada confirmed that res ipsa loquitur is a doctrine that’s no longer relied upon as a distinct and separate component in tort actions of negligence. It also confirmed that historically it was just used as a means to deal with circumstantial evidence, which can be better assessed by the trier-of-fact – a judge, if it’s a judge-alone trial, or the jury, if it’s a judge-and-jury trial – upon carefully weighing the direct or positive evidence with the circumstantial evidence. Furthermore, it confirmed that in any negligence case, even in cases that have traditionally invoked the doctrine of res ipsa loquitur, the burden of proof doesn’t shift to the defendant, but rather remains with the plaintiff, whom must first provide affirmative proof on a balance of probabilities that negligence on the part of the defendant caused his or her accident-related injuries and impairments. In the book entitled The Law of Evidence in Canada (1992) by John Sopinka et al. they described at pg. 81 the effect of the application of res ipsa loquitur, which was adopted by the Supreme Court of Canada in Fontaine v. Insurance Corporation of British Columbia supra, as follows:

Res ipsa loquitur, correctly understood, means that circumstantial evidence constitutes reasonable evidence of negligence. Accordingly, the plaintiff is able to overcome a motion for a non-suit and the trial judge is required to instruct the jury on the issue of negligence. The jury may, but need not, find negligence: a permissible fact inference. If, at the conclusion of the case, it would be equally reasonable to infer negligence, the plaintiff will lose since he or she bears the legal burden on this issue. Under this construction, the maxim is superfluous. It can be treated simply as a case of circumstantial evidence.

Therefore, the Supreme Court of Canada has confirmed that all res ipsa loquitur means is that circumstantial evidence, even in the absence of direct or positive evidence, is admissible and can constitute reasonable evidence to support a cause of action for negligence against the defendant. Therefore, if you, as the plaintiff:

then there isn’t an automatic prima facie presumption of negligence on the defendant, which shifts the legal burden of proof to the defendant to prove he or she wasn’t negligent. Rather, the effect of the modern application of res ipsa loquitur is that the burden of proof still remains with you, the plaintiff, where in the absence of direct or positive evidence, you’ll have to introduce circumstantial evidence, which, again, can constitute a reasonable evidentiary basis for establishing the defendant’s negligence.

Therefore, the law in Canada as it relates to the modern application of the doctrine of res ipsa loquitur, is clear. In cases where an inference of negligence could potentially be drawn from the scintilla of evidence available to the the plaintiff, the burden of proof still rests with the plaintiff to present either the direct or circumstantial evidence, or both, to establish on a balance of probabilities that the accident occurred as a result of negligence attributable to the defendant.