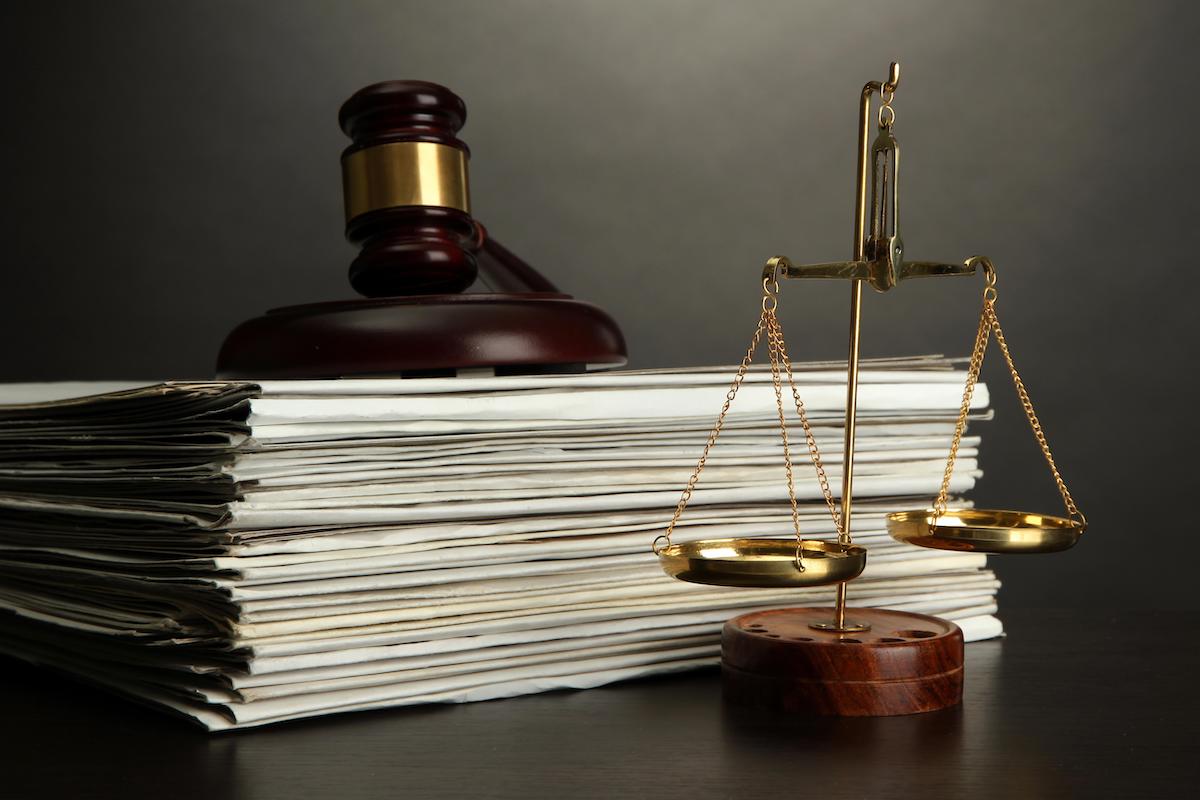 In this blog I’ll discuss a legal doctrine that has plagued the courts for over a century. It’s the doctrine nominally known as res ipsa loquitur, which translates from Latin to mean “the thing speaks for itself”. The reason why it has created so many problems in our Canadian jurisprudence, until it was finally laid to rest by the Supreme Court of Canada in 1998, is because it flies in the face of how a plaintiff proves his or her tort lawsuit. Typically, if you’ve sustained injuries and impairments for which you want to commence a tort lawsuit to claim compensatory damages, the burden of introducing affirmative proof of negligence is on you to marshall the supportive evidence to prove your case. The burden of proof is whether on a balance of probabilities – 50% + 1 – the defendant caused your injuries and impairments, and it’s on you to establish the evidentiary basis, which includes proving that the six elements of a cause of action for negligence are present.

The Historically Rational Basis for the Doctrine of Res Ipsa Loquitur

If the doctrine of res ipsa loquitur – the thing speaks for itself – is an accepted rule in our courts, then the simple occurrence of an accident that injures or impairs you, which was caused by a thing that’s controlled or managed by the defendant, would, in and of itself, constitute sufficient evidence of the defendant’s negligence. This would result in an automatic presumption of negligence, thereby making the defendant prima facie liable for your compensatory damages without you having to prove anything. This obviously doesn’t seem fair to the defendant, as it has always been a fundamental principle in our jurisprudence that the person who is claiming compensatory damages, also has the legal onus of proving that he or she is entitled to it, and if the burden of proof is satisfied, then, and only then, does the onus than shift to the defendant to prove that he or she is not negligent.

However, before we completely disregard the doctrine of res ipsa loquitur, it’s important to first understand the rationale behind it. In an old 1863 case entitled Byrne v. Boadle Exchequer, (1863), 2 H. & C. 722, 159 E.R. 299, the historically rational basis for the doctrine of res ipsa loquitur was provided. This case is nominally known as the “Falling Flour Barrel” case, because as the plaintiff was walking past the defendant’s shop, a barrel of flour fell from the window, hit the plaintiff, and severely injured him. The point of contention in the case was that the plaintiff could not give affirmative proof of negligence as there wasn’t a scintilla of evidence to establish that the defendant was negligent on a balance of probabilities. So, the plaintiff couldn’t prove that the defendant was any more negligent than he – the plaintiff – was 100% contributorily negligent, and thereby contributed to his own injuries and impairments, as the defendant couldn’t provide a scintilla of evidence establishing the same. Therefore, in the absence of direct or positive evidence to establish a cause of action for negligence against the defendant, or contributory negligence against the plaintiff, then why should a judge conclude that simply the act of the barrel of flour falling “speaks for itself” and is enough for a presumption of negligence, or a prima facie presumption that the defendant’s employees must of been moving the barrel of flour that caused it to fall? In the absence of evidence, either for, or against, both the plaintiff and the defendant, why should the plaintiff get the benefit of the doubt? Is it because the plaintiff sustained severe injuries and impairments, and is seen as an innocent victim of circumstances? In Bryne v. Boadle, Pollock C.B. eloquently captured the underlying rationale behind why at the time, they thought that there are some cases where a presumption of negligence can arise, as follows:

We are all of opinion that the rule must be absolute to enter the verdict for the plaintiff. The learned counsel was quite right in saying that there are many accidents from which no presumption of negligence can arise, but I think it would be wrong to lay down as a rule that in no case can presumption of negligence arise from the fact of an accident. Suppose in this case the barrel had rolled out of the warehouse and fallen on the plaintiff, how could he possibly ascertain from what cause it occurred? It is the duty of persons who keep barrels in a warehouse to take care that they do not roll out, and I think that such a case would, beyond all doubt, afford prima facie evidence of negligence. A barrel could not roll out of a warehouse without some negligence, and to say that a plaintiff who is injured by it must call witnesses from the warehouse to prove negligence seems to me preposterous.

Therefore, the doctrine of res ipsa loquitur was designed to protect the plaintiff, who was a victim in an accident and suffered severe injuries and impairments, in unique situations where (1) the likelihood of an accident happening was so remote “but for” a breach in the standard of care of the defendant, or the defendant’s employees, who was or were in control of the thing that caused it; and (2) it would be nearly impossible for the plaintiff to marshall affirmative proof where the direct or positive evidence is either influenced, or controlled, by the defendant. In such a circumstance, there used to be a prima facie presumption of negligence, and the burden of proof shifted to the defendant to provide affirmative proof of any facts inconsistent with negligence.

The doctrine applies (1) when the thing that inflicted the damage was under the sole management and control of the defendant, or of someone for whom he is responsible or whom he has a right to control; (2) the occurrence is such that it would not have happened without negligence. If these two conditions are satisfied if follows, on a balance of probability, that the defendant, or the person for whom he is responsible, must have been negligent. There is, however, a further negative condition; (3) there must be no evidence as to why or how the occurrence took place. If there is, then appeal to res ipsa loquitur is inappropriate, for the question of the defendant’s negligence must be determined on that evidence.

Therefore, in the absence of direct or positive evidence of negligence, but where the thing that causes the accident can be shown to be under the control or management of the defendant, or his or her employees operating in the scope of their employment, and the accident is such that it is highly unlikely that it would occur during the normal course of business absent a breach of the defendant’s standard of care, if affords reasonable evidence, in the absence of an explanation from the defendant, that the accident was caused by a breach of defendant’s standard of care.

As was alluded to earlier, the aforementioned problems with res ipsa loquitur were finally laid to rest in the 1998 Supreme Court of Canada case entitled Fontaine v. Insurance Corporation of British Columbia [1998] 1 S.C.R. 424. This was a case where a widow claimed damages for the untimely death of her late husband, who died as a passenger in a motor vehicle accident during a hunting trip. The driver died in the accident too, plus there were no witnesses, the scintilla of direct or positive evidence had negligible persuasive value, and the circumstantial evidence was weak because the circumstances of the accident, such as the date, time and precise location, were all unknown. Once this case reached the Supreme Court of Canada, one of the primary issues that was addressed at the highest court in the country, was “When does res ipsa loquitur apply?”.

The Supreme Court of Canada confirmed that res ipsa loquitur is a doctrine that’s no longer relied upon as a distinct and separate component in tort actions of negligence. It also confirmed that historically it was just used as a means to deal with circumstantial evidence, which can be better assessed by the trier-of-fact – a judge, if it’s a judge-alone trial, or the jury, if it’s a judge-and-jury trial – upon carefully weighing the direct or positive evidence with the circumstantial evidence. Furthermore, it confirmed that in any negligence case, even in cases that have traditionally invoked the doctrine of res ipsa loquitur, the burden of proof doesn’t shift to the defendant, but rather remains with the plaintiff, whom must first provide affirmative proof on a balance of probabilities that negligence on the part of the defendant caused his or her accident-related injuries and impairments. In the book entitled The Law of Evidence in Canada (1992) by John Sopinka et al. they described at pg. 81 the effect of the application of res ipsa loquitur, which was adopted by the Supreme Court of Canada in Fontaine v. Insurance Corporation of British Columbia supra, as follows:

Res ipsa loquitur, correctly understood, means that circumstantial evidence constitutes reasonable evidence of negligence. Accordingly, the plaintiff is able to overcome a motion for a non-suit and the trial judge is required to instruct the jury on the issue of negligence. The jury may, but need not, find negligence: a permissible fact inference. If, at the conclusion of the case, it would be equally reasonable to infer negligence, the plaintiff will lose since he or she bears the legal burden on this issue. Under this construction, the maxim is superfluous. It can be treated simply as a case of circumstantial evidence.

Therefore, the Supreme Court of Canada has confirmed that all res ipsa loquitur means is that circumstantial evidence, even in the absence of direct or positive evidence, is admissible and can constitute reasonable evidence to support a cause of action for negligence against the defendant. Therefore, if you, as the plaintiff:

then there isn’t an automatic prima facie presumption of negligence on the defendant, which shifts the legal burden of proof to the defendant to prove he or she wasn’t negligent. Rather, the effect of the modern application of res ipsa loquitur is that the burden of proof still remains with you, the plaintiff, where in the absence of direct or positive evidence, you’ll have to introduce circumstantial evidence, which, again, can constitute a reasonable evidentiary basis for establishing the defendant’s negligence.

Therefore, the law in Canada as it relates to the modern application of the doctrine of res ipsa loquitur, is clear. In cases where an inference of negligence could potentially be drawn from the scintilla of evidence available to the the plaintiff, the burden of proof still rests with the plaintiff to present either the direct or circumstantial evidence, or both, to establish on a balance of probabilities that the accident occurred as a result of negligence attributable to the defendant.