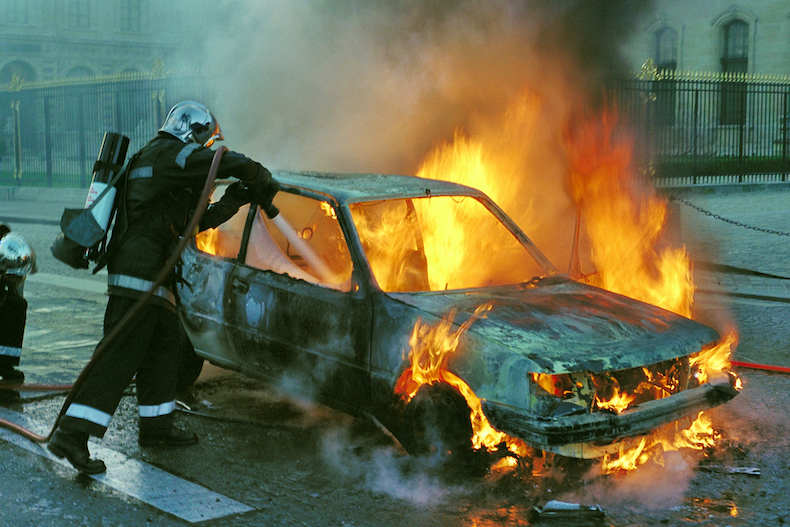 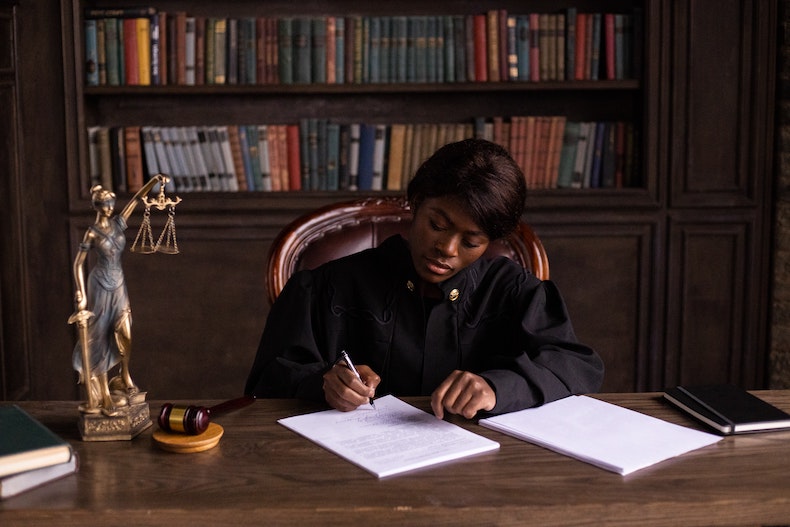 In this blog I’ll be discussing the legal implications following a situation where in a collision between two drivers, the evidence shows that one or both drivers are negligent, but the trial judge is unable to distinguish between them. This situation occurred in an older 1954 case entitled Leaman v. Rea, [1954] 4 D.L.R. 423, 35 M.P.R. 125, where a collision occurred on the south edge of the crest of a blind knoll on a straight road, between the defendant and the plaintiff. The plaintiff driver, who had two passengers in the vehicle, testified at trial that the defendant crossed into his lane, realized too late that she was in the wrong lane, and then crashed into the plaintiff’s vehicle as she tried to veer back into her own lane. The defendant testified that it was the plaintiff who crossed into her lane, and crashed into her vehicle as he tried to veer back into his own lane. The trial judge, the Honourable Harrison J., said the following:

My guess is that both cars were proceeding over the knoll in the centre of the highway and neither driver saw the other in time to completely avoid a collision. But after considerable thought I am unable to reach the necessary degree of certainty in conclusion as to how the accident happened or who was at fault. Accordingly, I must hold that neither party has established his case, and therefore, the claim and the counterclaim are both dismissed.

Therefore, since the trial judge wasn’t able to draw an inference of negligence on the part of both of the parties, from the facts, and the lack of either direct or circumstantial evidence, he dismissed both the claim from the plaintiff and the counterclaim from the defendant. 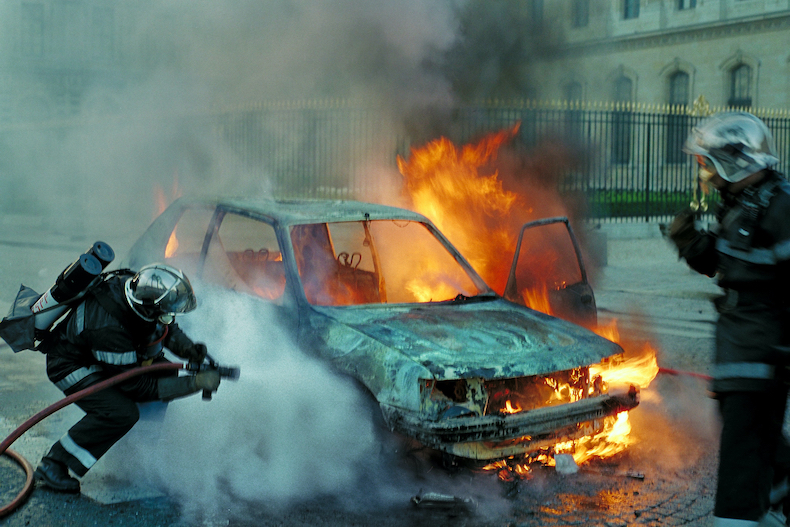 The trial judge’s decision was appealed, and the Court of Appeal for Ontario overturned the Honourable Harrison J’s decision, by equally apportioning the responsibility on both the plaintiff and defendant, and thereby, ruling that both parties were to be held liable to an equal degree. As such, the appeal was allowed, which saw judgments entered for both parties, whereby they both received 50 percent of their damages and 50 percent of their costs of trial. The Honourable Bridges J. stated the following:

I concur in the judgment of Harrison J. It is my opinion that where there has been a collision between two motor vehicles under such circumstances that there must have been negligence on the part of one or both drivers and the court is unable to distinguish between such drivers as to liability, both drivers should be found equally at fault.

As such, Leaman v. Rea, supra, came to be known as standing for the proposition that where the evidence shows that one of two drivers was negligent and the court is unable to distinguish between them, then both should be equally at fault. This idea that a party can be found to be negligent in the absence of inferring it from facts, and either circumstantial or direct evidence, smells of the legal doctrine that has plagued the courts for over a century. The doctrine I’m referring to is nominally known as res ipsa loquitur, which translates from Latin to mean “the thing speaks for itself”. 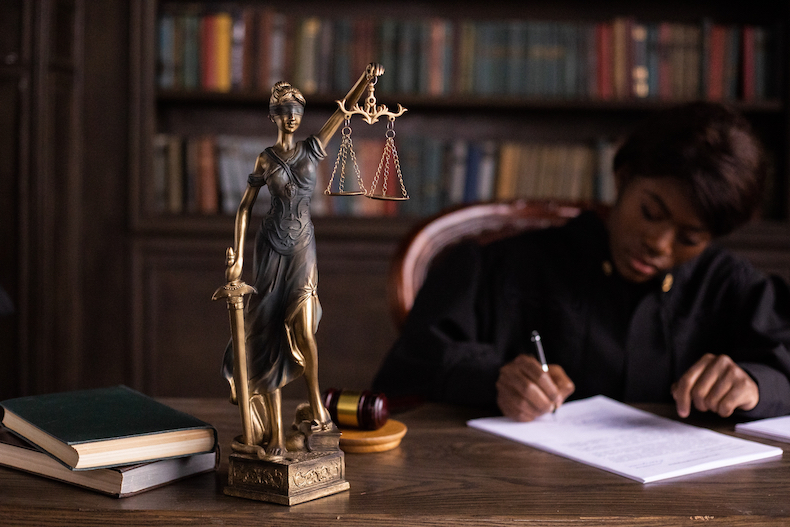 The reason why this legal doctrine has created so many problems in our Canadian jurisprudence, until it was finally laid to rest by the Supreme Court of Canada in 1998, is because it flies in the face of how a plaintiff proves his or her tort lawsuit. Typically, if you’ve sustained injuries and impairments for which you want to commence a tort lawsuit to claim compensatory damages, the burden of introducing affirmative proof of negligence is on you to marshall the supportive evidence and facts from which an inference of negligence could be drawn. However, negligence isn’t automatically inferred if the party claiming negligence cannot marshall any facts, and direct or circumstantial evidence.

So, this begs the question of whether the aforementioned proposition that Leaman v. Rea, supra, has come to be known as standing for, was right or wrong. In 1955, the Supreme Court of Canada concluded that it was wrong, and overruled it.

In the Supreme Court of Canada case entitled Wotta v. Haliburton Oil Well Cementing Co. Ltd., [1955] S.C.R. 377, [1955] 2 D.L.R. 785, two drivers in trucks were driving in the opposite direction, and as they were about to pass one another, the rear of their respective trucks collided. The only two witnesses were the two drivers, so naturally their evidence and testimonies were conflicting. Like in Leaman v. Rea, supra, the trial judge was unable to make a finding of negligence against either driver, so since neither side had proved its case, he dismissed both the claim from the plaintiff and the counterclaim from the defendant. The judgment of the trial judge was upheld by the Saskatchewan Court of Appeal, and then later by the Supreme Court of Canada. 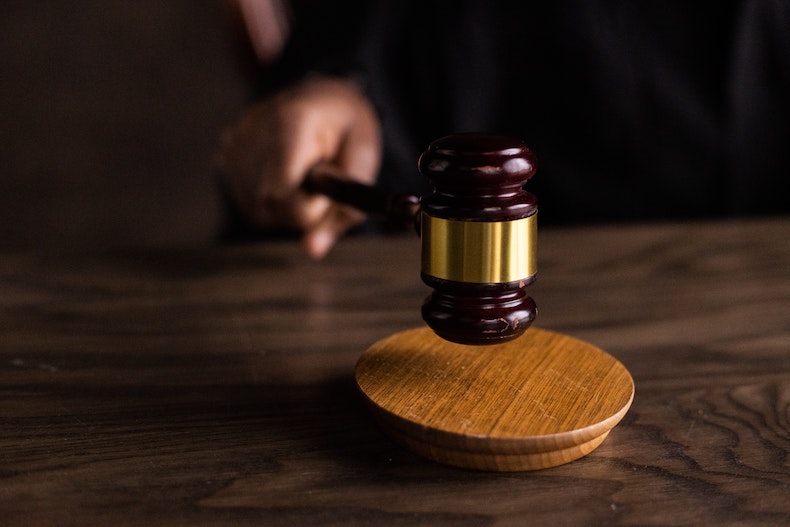 The Honourable Taschereau J. of the Supreme Court of Canada, wrote the decision overruling the proposition established by the Court of Appeal for Ontario’s ruling in Leaman v. Rae, supra, namely that where the evidence shows that one of two drivers was negligent and the court is unable to distinguish between them, then both should be equally at fault, as follows:

The case of Leaman v. Rae 1[1] was cited as an authority for that proposition. If that case really has that meaning, as it seems to have, I respectfully think that it should be overruled, as I am not aware of any principle that may justify a court of justice in a case like the one at bar to hold a person liable in damage, unless negligence is established. As it was said by Jenkins L.J. in Bray v. Palmer 2 “there is no doubt that a judge is entitled in an action for damages for personal injury occasioned by the negligent driving of the defendant to reject the plaintiff’s case, if in the view of the judge, the evidence does not suffice to make out that case. The onus is on the plaintiff. The same, of course, applies where there is a counterclaim; the onus is on the defendant to make out the counterclaim.” In that case, the trial judge found the stories of the plaintiffs and the respondents “wildly improbable” and was unable to choose between the two, and therefore dismissed the claim and counterclaim. The Court of Appeal ordered a new trial, merely because the trial judge took the view that the accident must have been due to the exclusive negligence of one or the other side, and rejected the possibility of both sides being to blame.

In France v. Parkinson 3 and Baker v. Market Harborough 4, the Court of Appeal held that prima facie an inference could be drawn that both parties were negligent, and that both drivers should share the responsibility. The present case is entirely different. No prima facie case has been established, and it is impossible to infer from the facts where the responsibility lies. Neither the plaintiff nor the defendant who counter-claims has proved its case, and both claims were rightly dismissed.

Therefore, as the Supreme Court of Canada overruled the aforementioned proposition, it also reconciled the Court of Appeal for Ontario’s ruling in Leaman v. Rea, supra, by distinguishing it from its case. It did so by showing that the evidence in Leaman v. Rea, supra, disclosed a collision, from which a judge could infer that there was negligence on both drivers. However, in Wotta v. Haliburton Oil Well Cementing Co. Ltd., supra, there was no evidence – direct or circumstantial – to support an inference that both drivers were negligent, so liability could not be found on the basis that one or the other driver was negligent. The Supreme Court of Canada also confirmed that the burden of proof still remains with the parties claiming negligence – the plaintiff in the claim and the defendant in the counterclaim – to introduce either direct or circumstantial evidence, which can constitute a reasonable evidentiary basis for establishing the negligence on the part of the other driver. If the party claiming negligence cannot do so, and no negligence could be properly inferred, then the claim shall be dismissed. Therefore, negligence has to be established by the party claiming negligence on the part of the other party. This follows the normal evidentiary rule that can be summed as follows: He who asserts must prove. 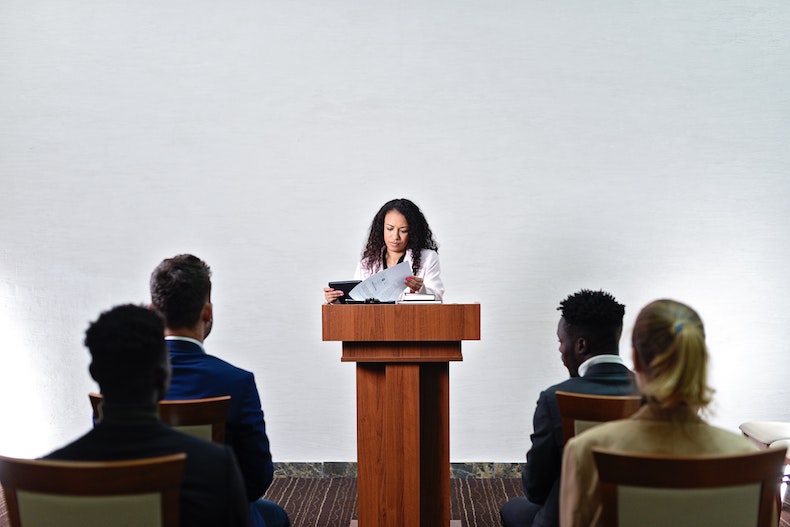